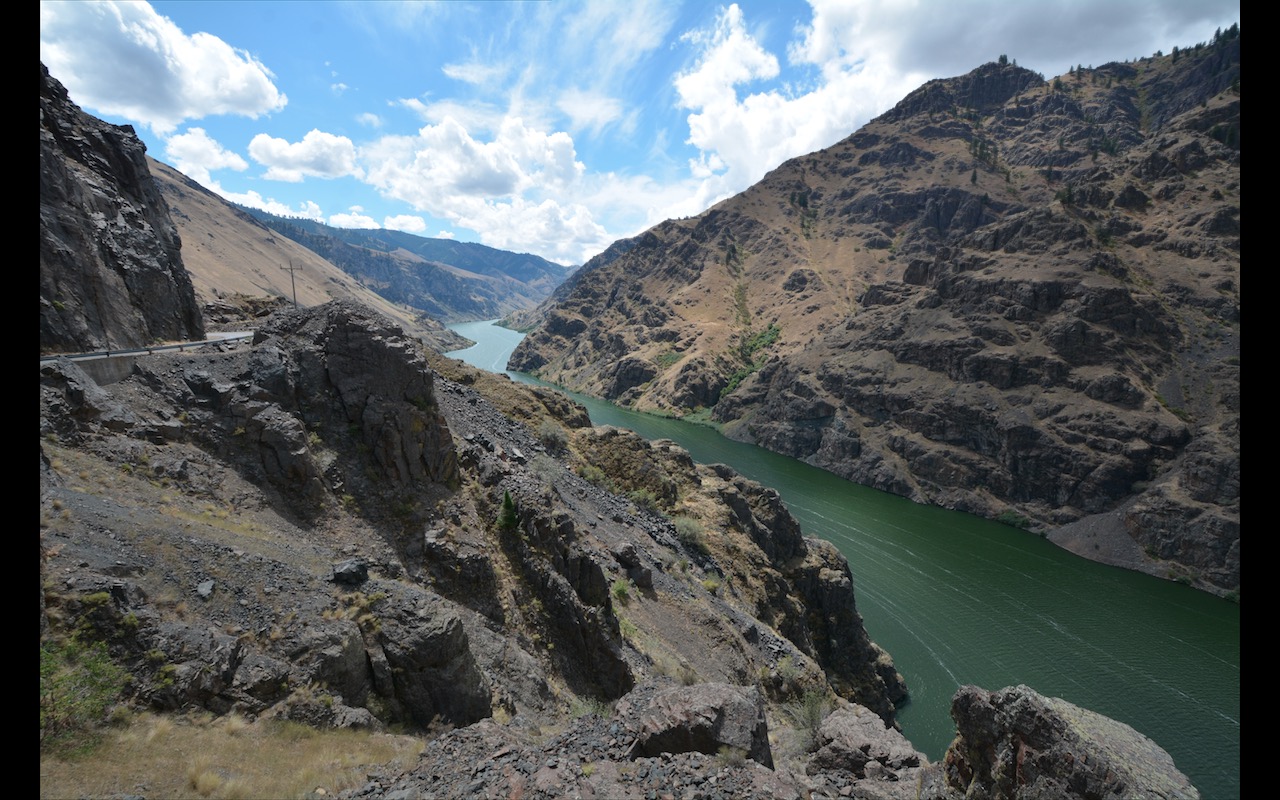 Overlooking the heart of Hell’s Canyon

We’ve just come from Selway-Bitterroot Wilderness where we slept in a fire lookout. And now we’re headed into the heart of Hell’s Canyon.

If we were traveling by powerboat, as so many folks around here do, we’d arrive in the heart of the canyon in about an hour. 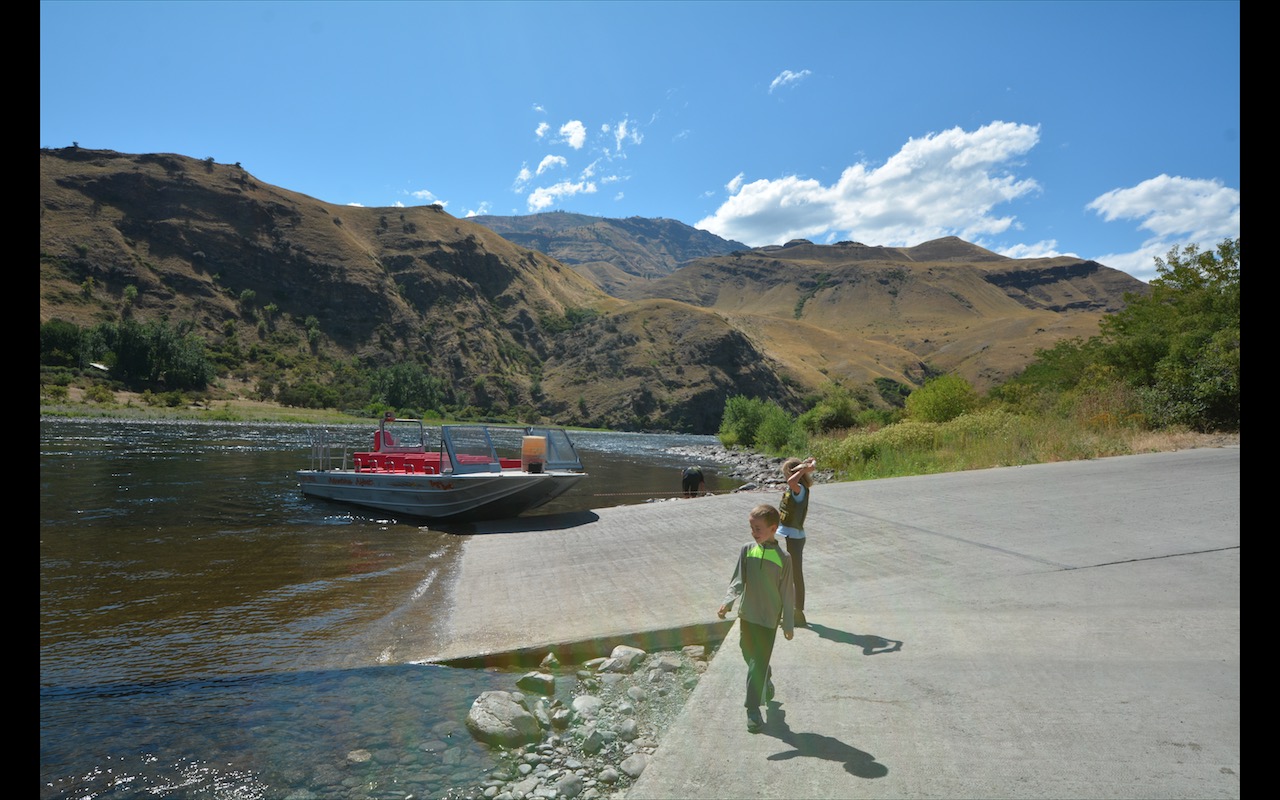 Not a jet boat, but a tour boat, nonetheless, on the boat ramp near Riggins, Idaho.

Rather than a powerboat, we have a truck. Our 2006 Toyota Sequoia, the 5th Beatle. 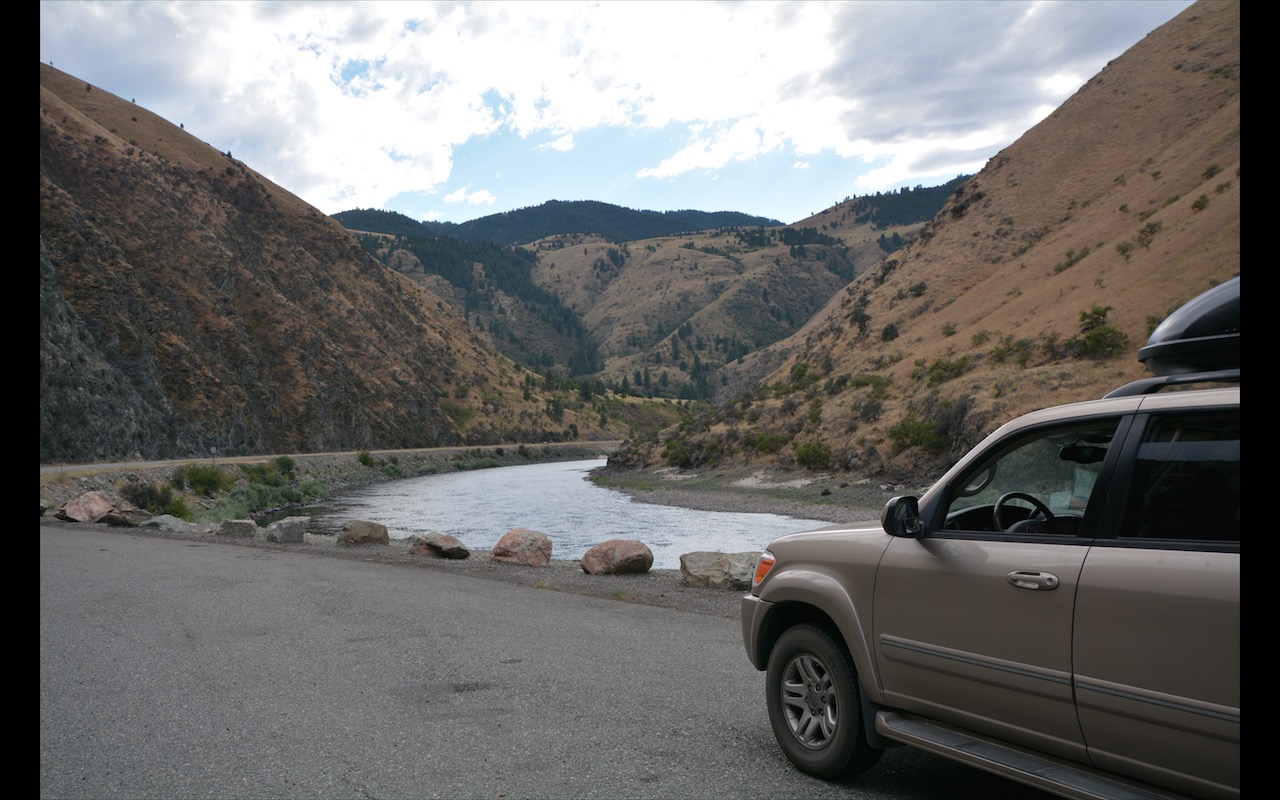 At river level. The 5th Beatle

By car, a trip to the heart of Hell’s Canyon takes about 5 hours.

Having driven most of yesterday, and arriving to the campground after midnight, we chose to sleep in the truck last night.

Great choice for the kids. Poor choice for mom and dad. We simply felt too bushed to want to set camp. 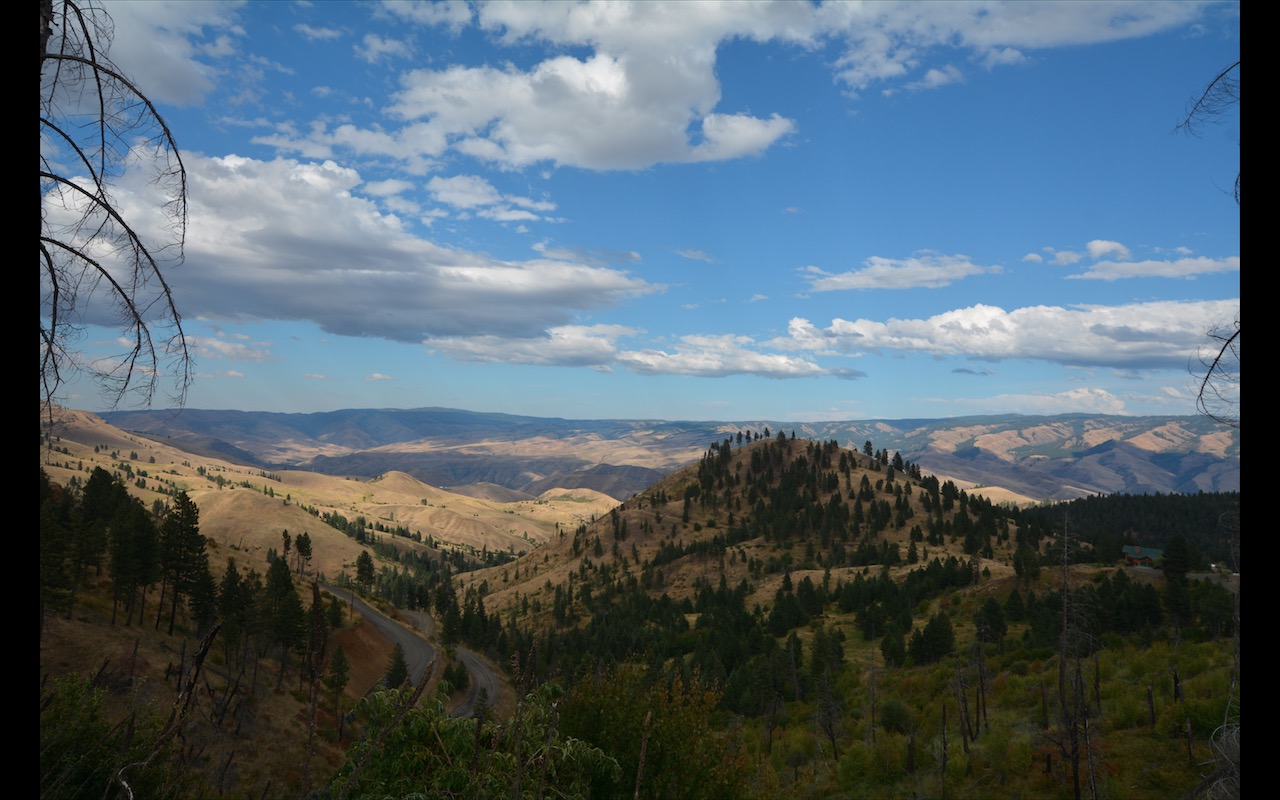 The road to Hell’s Canyon. Five hours, by car!

Our kids sleep quite comfortably in our Sequoia. They’re small enough, and the truck’s 2nd and 3rd rows long enough, that they can sleep fully stretched out.

Mom and dad in the front seats, however? Not so much. 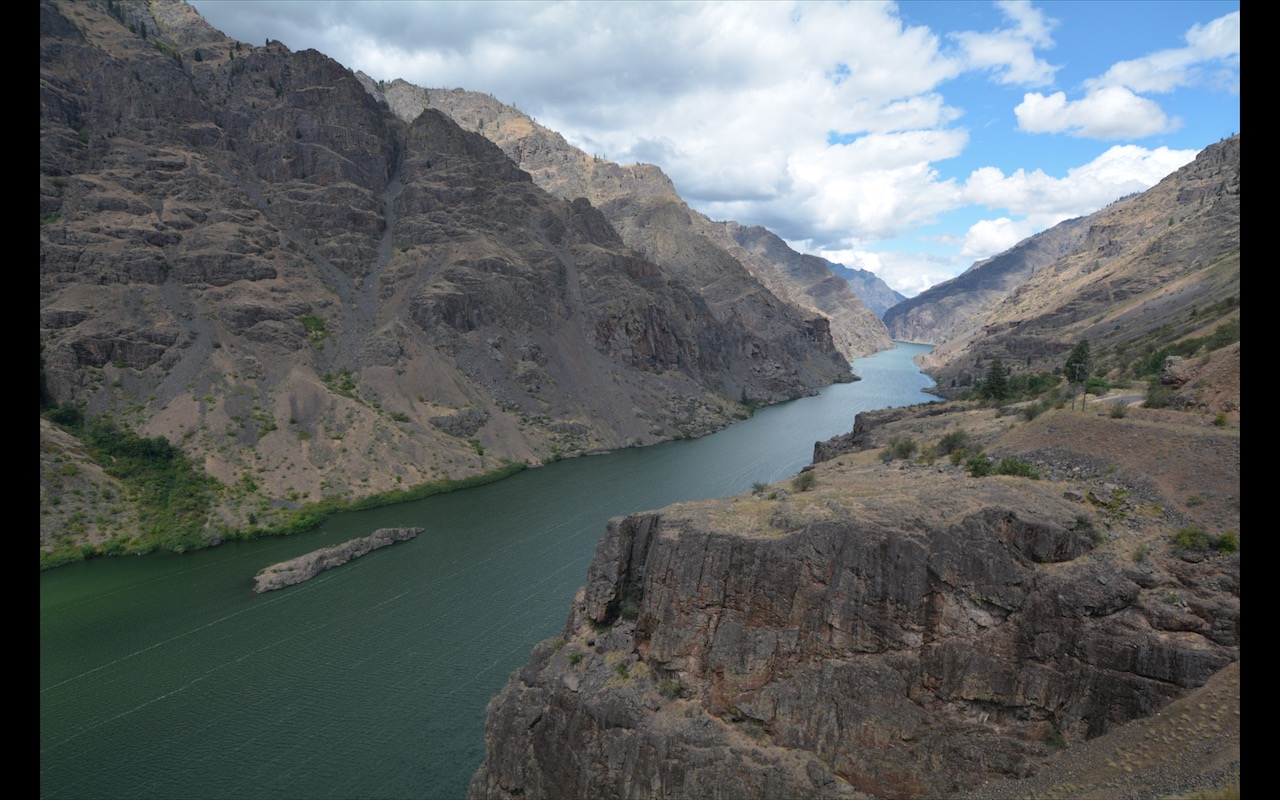 View to the north (to Riggins)

In over 70 days on the road, this is only our (the adults) 2nd night  sleeping in the truck. And now we remember why.

(Mental note: even if its 2 am and you’re exhausted, Adam, don’t forego setting camp. The accompanying mental anguish now will be more than offset by a comfy nights sleep. Seriously. Its simply not worth it. Mental note finished). 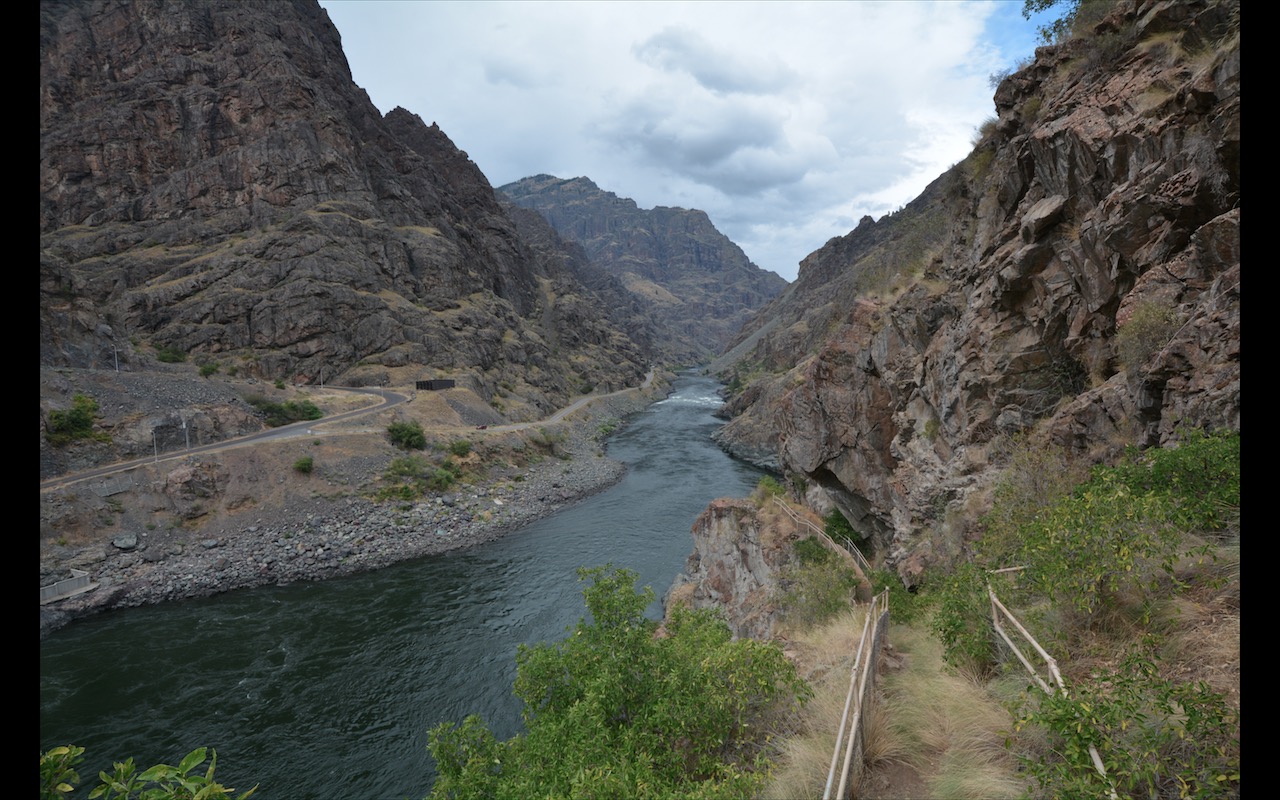 Whether you’re exploring the Idaho or Oregon side (likely both) Hell’s Canyon is the straight beezy (technical term). For real, though, there aren’t many places like it.

In fact, its unique in all the world. What makes it so?

Well, for starters, Hell’s Canyon is the deepest river gorge in North America. 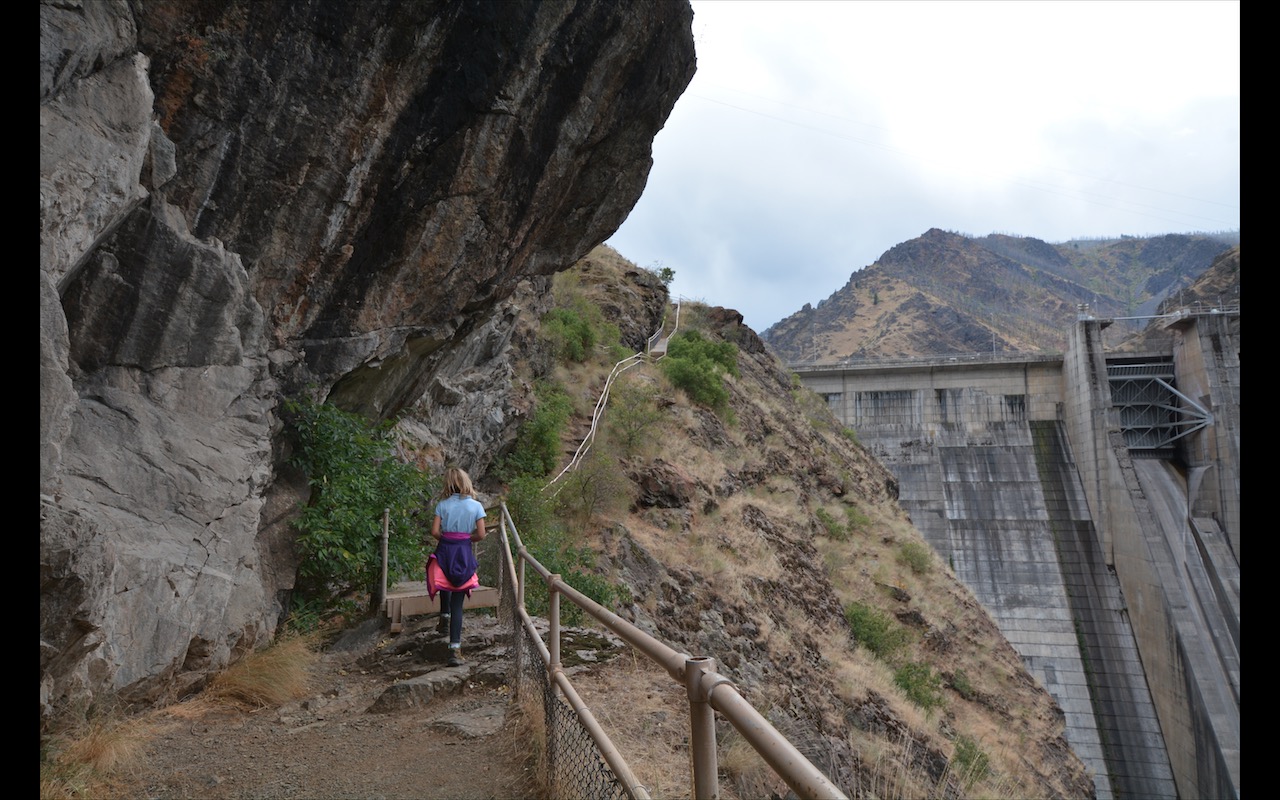 And Hell’s Canyon,  which forms the border between Oregon and Idaho along the Snake River, is the exact spot where scientist believe the Pacific and Atlantic tectonic plates collided.

Because of this geologically significant occurrence, there are types of rock here which you don’t find in many other similar looking gorges and canyons. 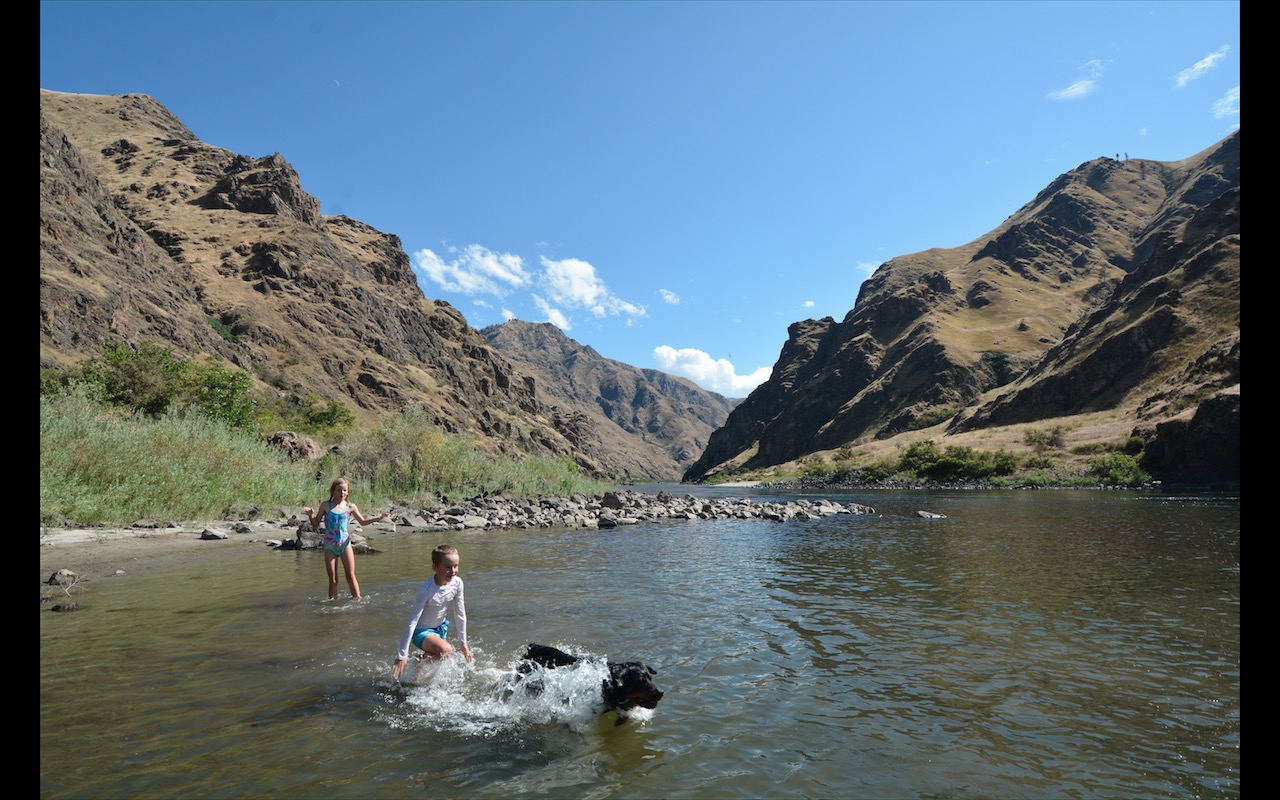 Rocks which were the product of massive pressure and heat resulting from tectonic collision. These rocks are called metamorphic rock.

Its here in Hell’s Canyon where scientists realized that all of the land to the west – west of Idaho that is – is basically a large traffic jams of ancient sea floor and islands. 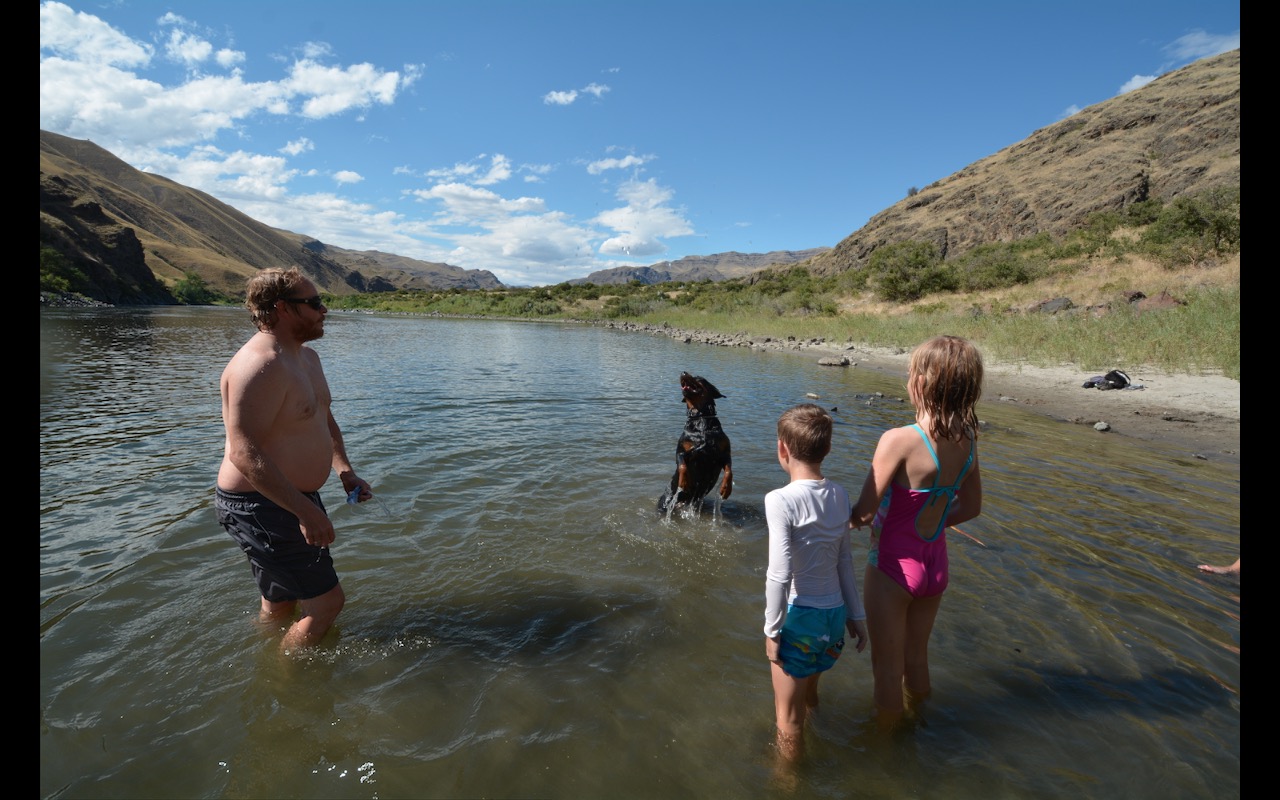 Jump up for the stick!

And how’d they deduce this? Well, they found evidence of a particular type of tree having lived here high in the surrounding mountains.

The catch? Historically, this tree was only found on small islands in the Pacific ocean. This led science to realize that the surrounding mountains may have once been in the Pacific. 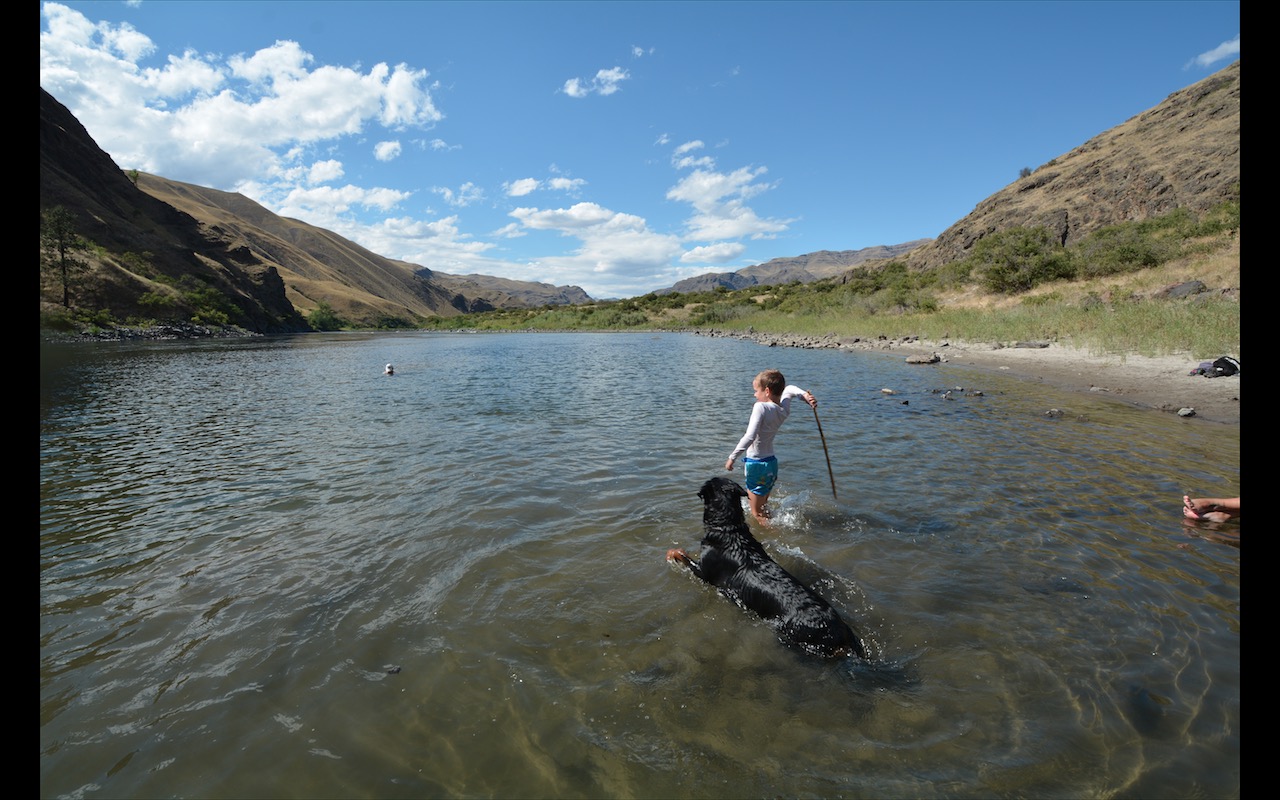 Well, they say that truth is stranger than fiction. And this has certainly been our experience.

The problem is, because we work-to-live, we too often experience life’s magic through just that.

We trade our wild-at-heart spirit of adventure for Netflix and an ever growing litany of  smart phone apps we “can’t live without.”

But, I’m here to tell you, folks, that just ain’t where its at. 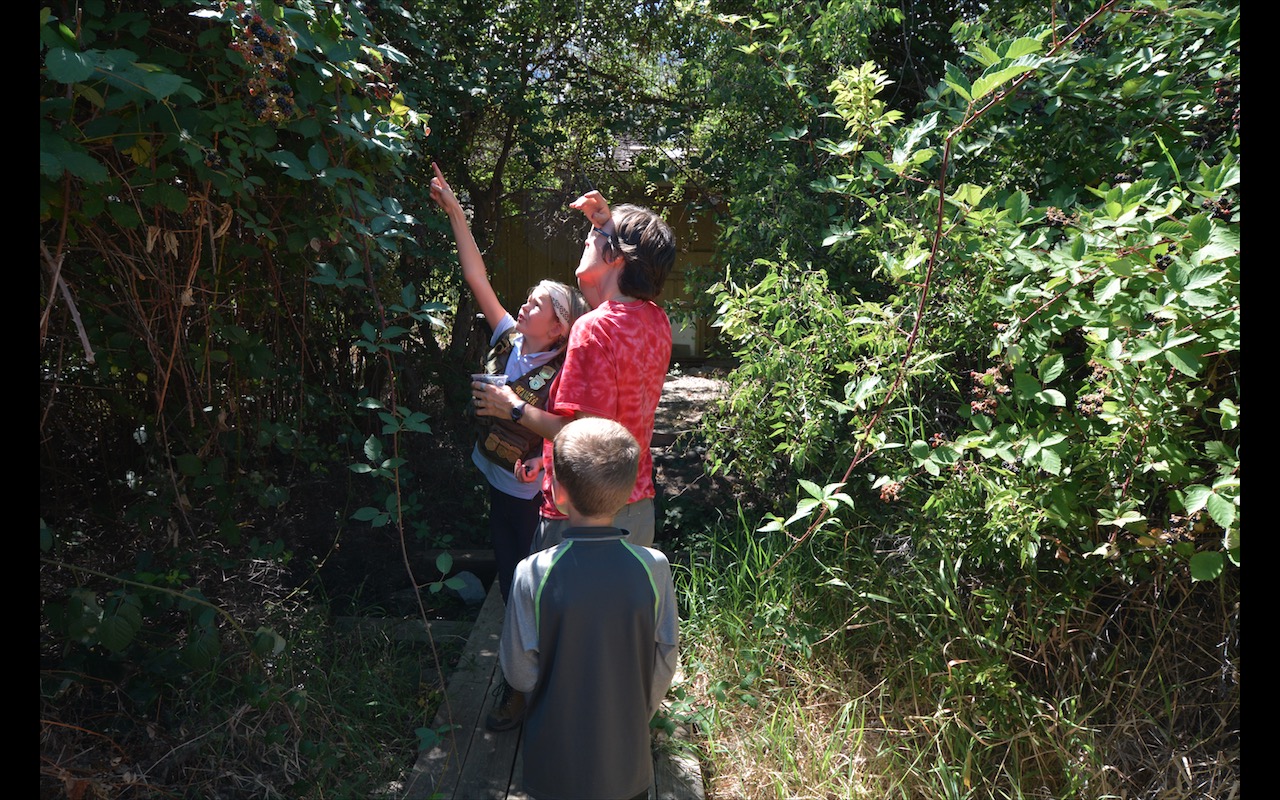 Picking blackberries for breakfast along the Snake River in Riggins, Idaho

If you’re not getting out and traveling, and I mean really traveling (not just to the all-inclusive beach resort or yearly winter ski getaway with the fellas), then you’re missing out on the extraordinary beauty of auspice.

Some call it coincidence, but I don’t do that anymore. I’ve realized that life can be one big coincidence, and in your favor, too – if only you’ll get out and live it a little. 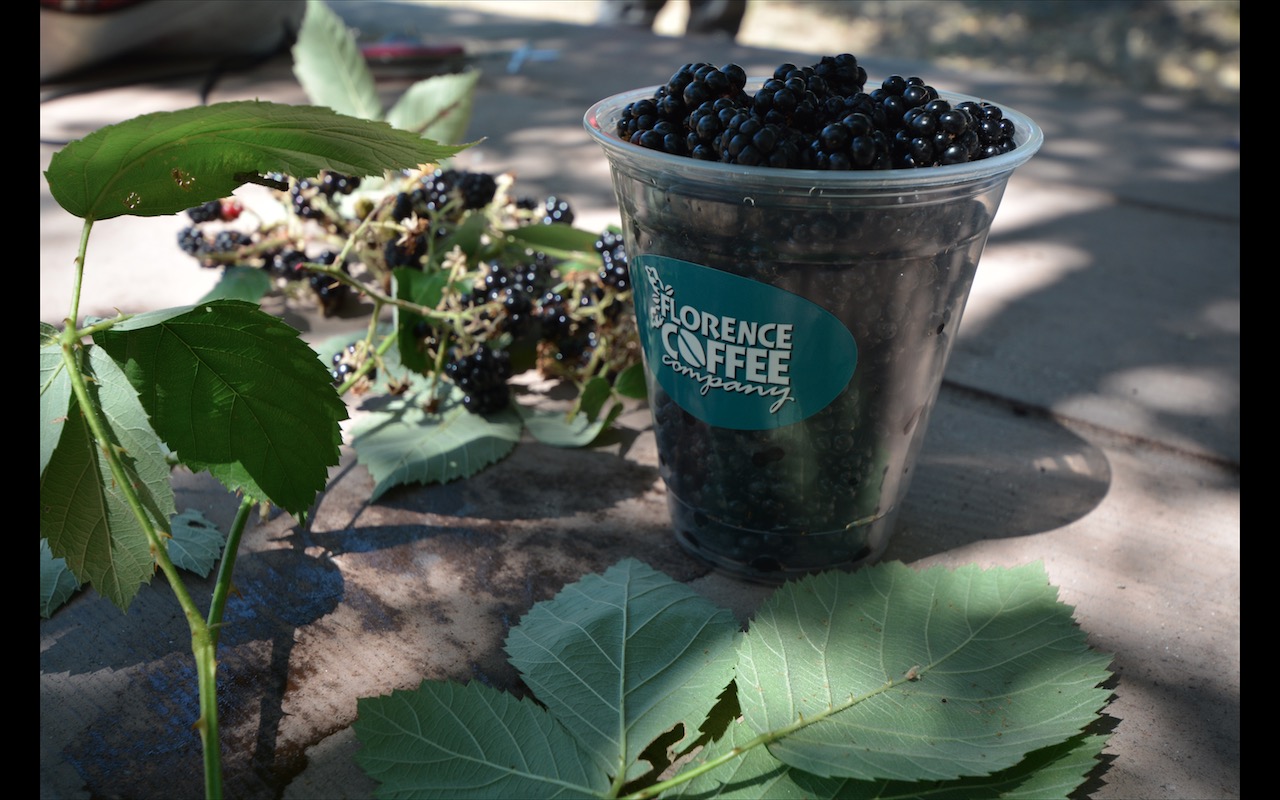 If you’ll embrace the unknown while (as Thoreau implored) stepping boldly in the direction of your dreams, then you’re putting yourself in a great position to experience some of the magic, coincidence, and auspiciousness of life.

The question is, in light of your routine (read, rut), would you even know it? 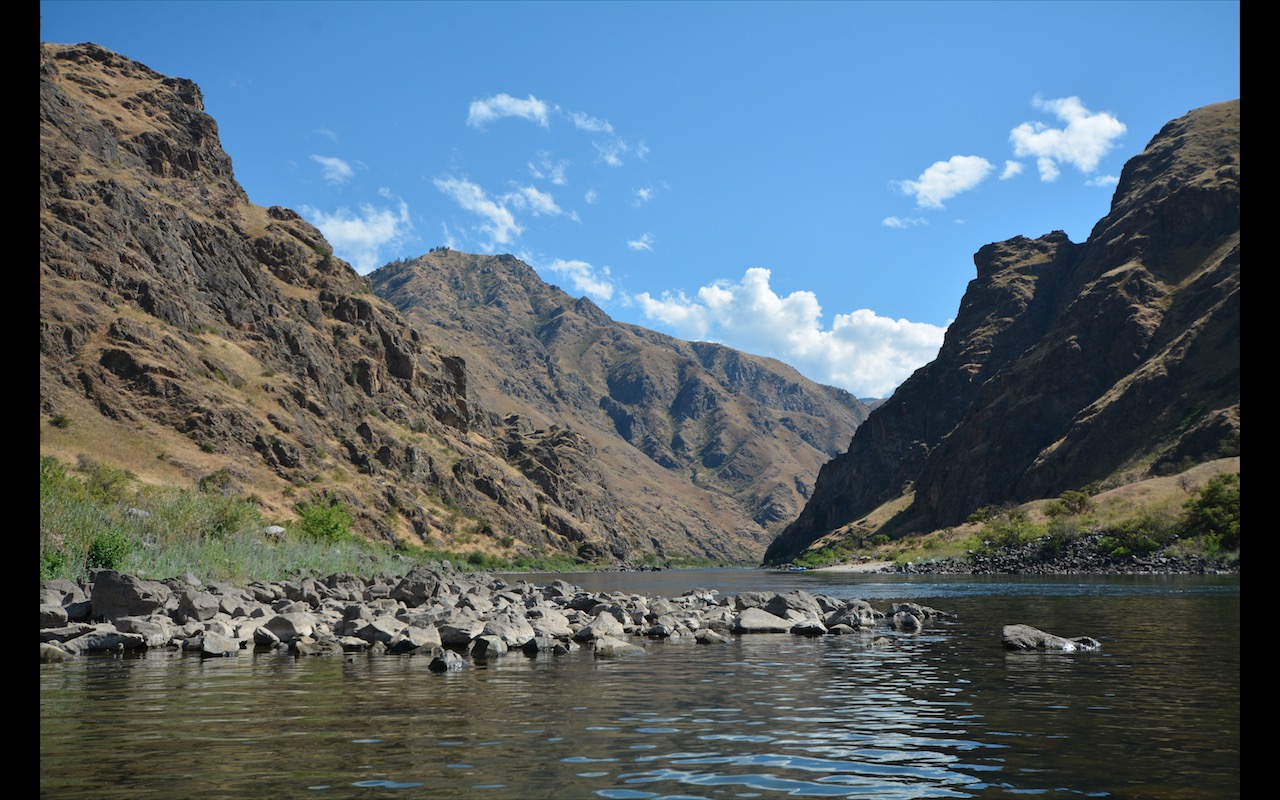 Near Riggins, Idaho. Looking south toward Hell’s Canyon (another hour away, yet, by jet boat)

We’d love for you to be on our email list. We send out a couple of communications each month that we’re sure will add value to your journey. Our list is private and personal. We wouldn’t know how to sell your email, even if we wanted to. (We don’t, really.) It’ll be fun, and you can unsubscribe any time you like. Let’s Rumble!